This has been one of the craziest months I’ve had in a looooong time. We finished the first round of mini renovations on our new house…moved out of our condo…Shane’s sister moved into it…and Liam is developing and growing and changing every single day. Oh, and he’s mobile.

Forward Motion: Last month, Liam was basically just moving backward, but this month, we got things going in the right direction. In fact, that all started right around the time that we moved. He, of course, started with basically falling forward, but now is in full-on left arm right leg right arm left leg legitimate crawling! The official crawling happened on the 4th of July (independence from being stationary?!) and within another 24 hours, he was also pulling himself to standing. We actually had to lower his crib that night because that’s where we saw it first – on the monitor! Crazy kid. 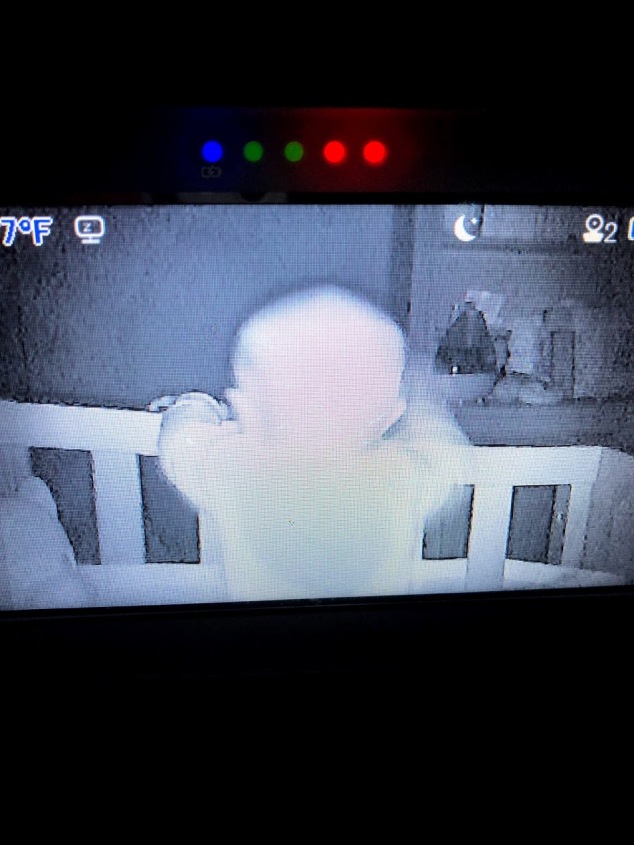 Talking?!: On Thursday morning, the day Liam turned 7 months, we’re pretty sure he said “Dada” to Shane, twice. That said, I’ve taken enough child development classes to know that it’s far more likely that he’s either just practicing that syllable, or it’s a coincidence, or he’s imitating us…the most likely scenario is that his first deliberate word will be NO as it is with most kids (sorry to disappoint you, other parents!!) BUT it’s fun to think that he may have been feeling affectionate toward his amazing daddy. So I’ll let Shane take it – it’s Dada!

Father’s Day #1: Speaking of Dada, we also celebrated Shane’s first Father’s Day. And so I’ll take a minute to brag about how amazing a father he is. First, he’s an amazing husband which has translated nicely into a co-parenting partner. I don’t know how the mommies of the past did it. I so much prefer this generation of man who doesn’t think it’s all the woman’s responsibility because she birthed the kid. Sir(s)! He’s half yours!! Ugh makes me crazy. Anyway, he’s just as in love with this baby as me and is just as “all in” on this as me and for that – I am forever thankful.

Food Gone Awry: We had banana and avocado for lunch one day with Auntie Emmy…met Daddy at the condo for our last minute touch ups before Auntie Tonia moved in…nursed some….got in the car and headed home only to hear what I was almost 100% sure was going to be for real vomit and, unfortunately I was right. Shane and I pulled over near and the poor baby was vomiting up his avocado. He got all the way down to dry heaves so I called his pediatrician and she had me take him in. All was well…and now that we’re distanced from it and have had no other incidents, I think he may have just been extra full! Or had a small bug. Or didn’t like his avocados. Or the restaurant put something weird on them. WHO KNOWS. The moral of the story is that I love his pediatrician (Hi Kristy!) and now we allow an hour between “meals”.

Zoo Time: We made a couple of trips to the zoo with his aunties… first trip, we pulled up to the elephants and said “look Liam! Elephants!” and then looked down at the baby to see his reaction only to realize that all he could see was the fence. Duh. Regardless, it was a nice walk around and we enjoyed the animals – and I’m sure he will too soon! 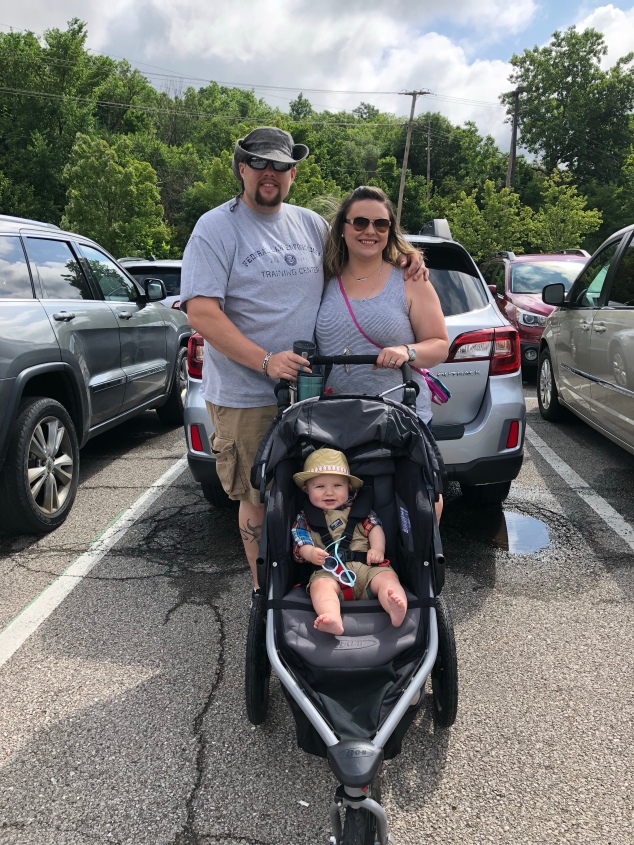 We Moved!: This is definitely the biggest news and the biggest event of the month. We made sure to put the nursery together first so that at least that area of the house would feel like “home”. I’m not sure how much it all impacted Liam…but it certainly impacted us so if nothing else I’m sure our stress impacted him! His sleep hasn’t been great since then but he’s also definitely teething and had some minor tummy troubles so I’m sure that’s contributing. Along the way we had fun going through childhood memorabilia and pulling out some things for the baby. 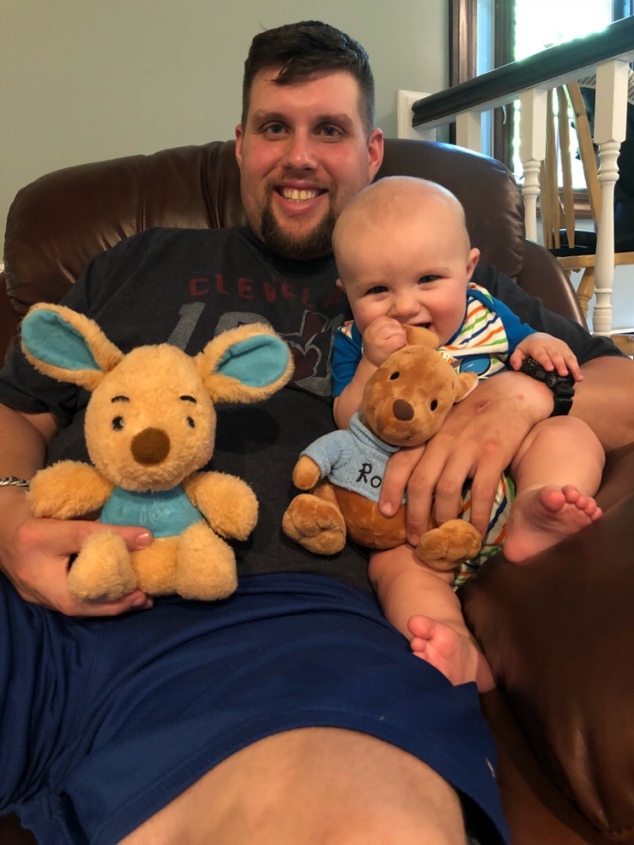 Family Time: He also got to spend lots and lots of time with his family, celebrate his first 4th of July (he celebrated our independence by declaring his independence from sleep and had one of his worst nights of sleep ever), make his first trip to IKEA, got a new backpack (or, Daddy got a new backpack), spent lots of time with his aunties, hung out with Uncle Papa, and, as usual, got lots and lots of love! 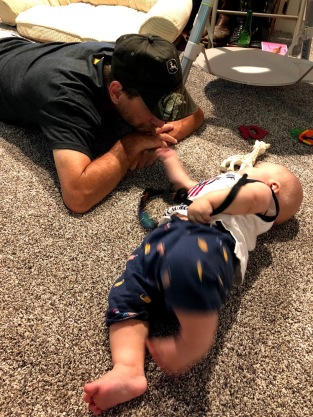 And a couple of random videos for you:

And that’s it! What a wild and crazy month! We love you, baby boy!

One thought on “Month 7”