Today was a challenge. We thought we could beat the crowds by hanging out in the museums but that wasn’t to be. 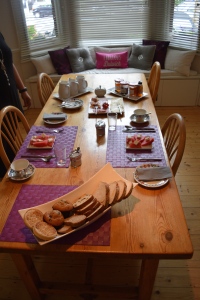 We started at the British Museum – one of my favorites. It still is but man, what a trip trying to navigate through crowds and crowds of people! We did the Rick Steves tour through history – Egypt, Assyria, and Greece and loved it. It’s just so amazing to see the same Pharoah heads that Moses would have seen and the same statues that flanked Ancient Greece. If that doesn’t make you feel small in the grand scheme of life, I’m not sure what will. 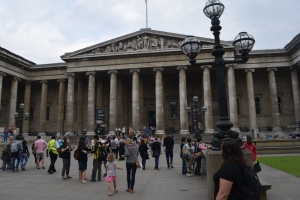 Inside of the British Museum 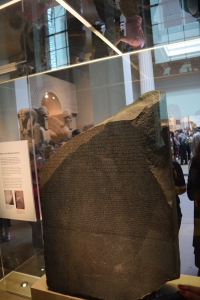 The Roseta Stone – never gets old! (so to speak…) 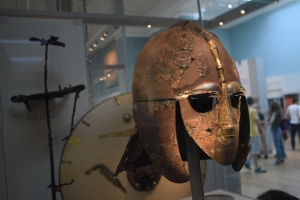 Treasures from Sutton Hoo – so amazing. 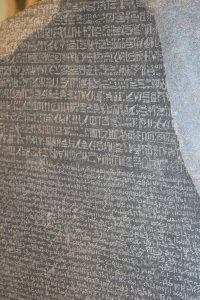 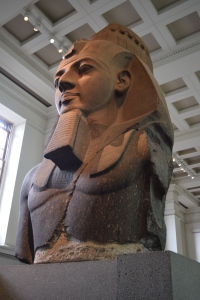 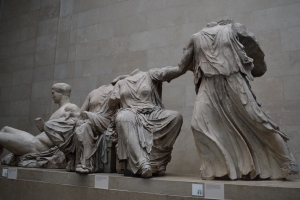 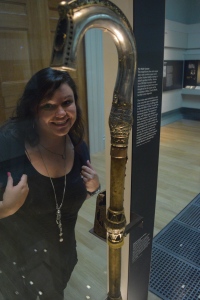 Next up we hoofed it to the British Library. We just went through the small and mighty Treasures room but treasures they certainly were! The Magna Carta, Shakespeare’s First Folio, Jane Austen’s writing desk…I may or may not have gotten choked up a few times! If the history of mankind will make you feel small, the history of literature and…well…history certainly will too.

After being shrunk a few feet and after we revitalized our energy in the library cafe, we were off to the Natural History Museum. We didn’t last long in there with the massive queues to do pretty much anything so we instead took ourselves on a tour of South Kensington, Kensington Gardens, and Notting Hill. It was an absolutely beautiful night for a stroll and we took complete advantage. All of these areas are so iconic – it was fun to try to imagine what it might be like to live in such a posh postal code.

He’s been climbing the walls for millions of years! 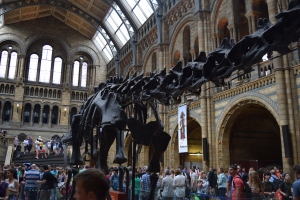 Day at the Museum 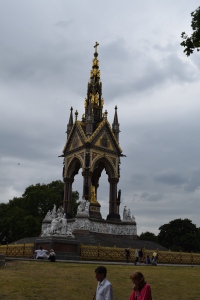 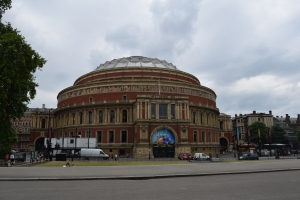 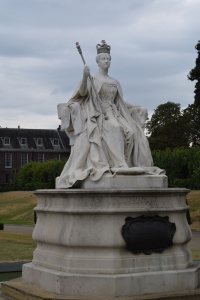 There she is! Victoria in Kensington Gardens

Ukrainian protesters outside of the Russian embassy.

Three little cabbies, all in a row

After that we called it an early night – we were knackered from 1.5 weeks of going strong so we put ourselves to bed around 10:30 – and fell asleep with shoes on, lights on, devices in hand. It was one of those nights!