As I’ve mentioned, Emily was the only one to know the gender in advance… I really wanted everyone to be surprised at once but she insisted, and frankly, it made it easier for us because we had one less thing to worry about!

Saturday was a beautiful day for a party. Emily and Chris were hard at work on their backyard for days prepping it for the public and man did it pay off! Everything was absolutely beautiful – including the yard they spent so much time working on! 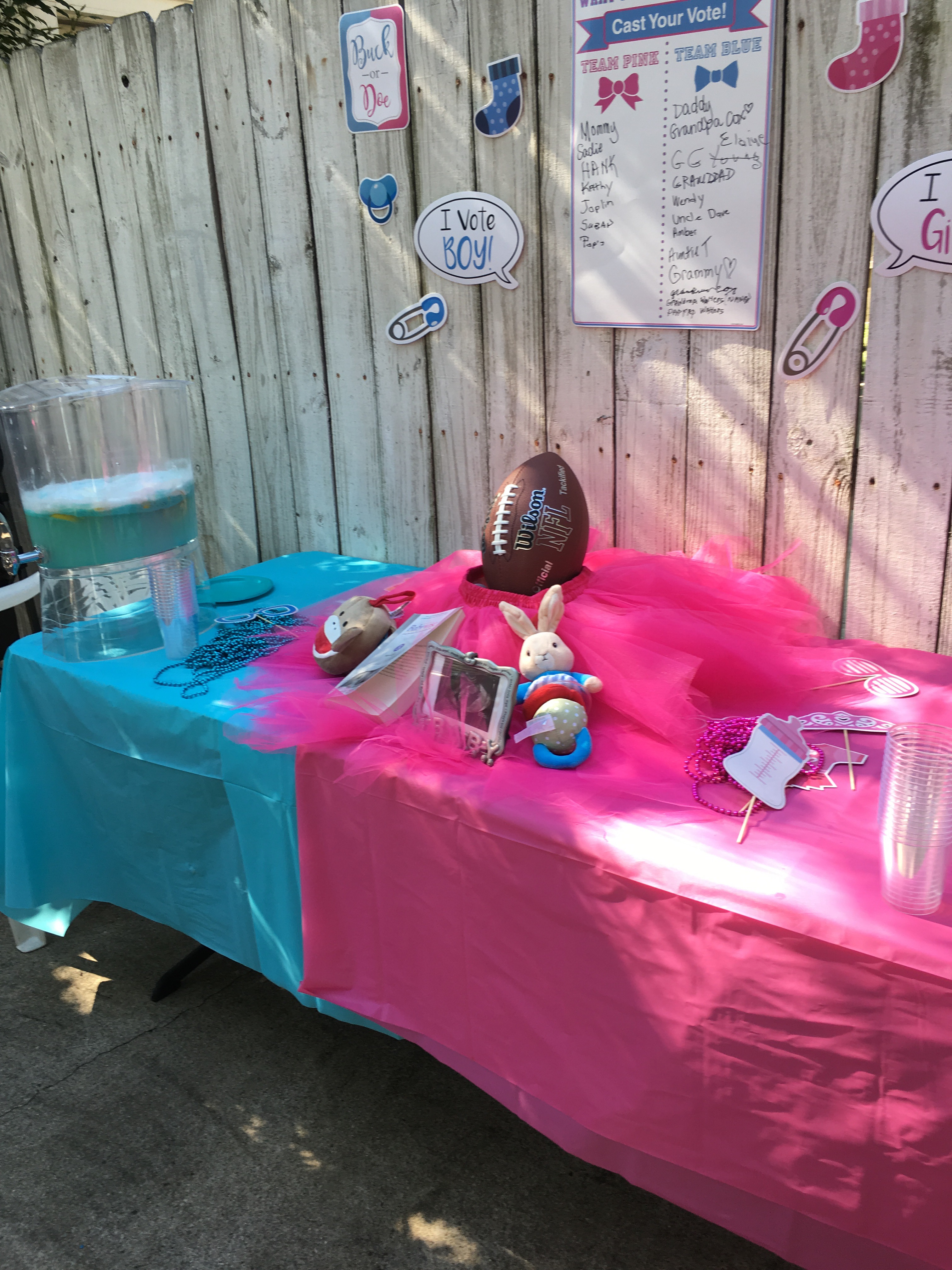 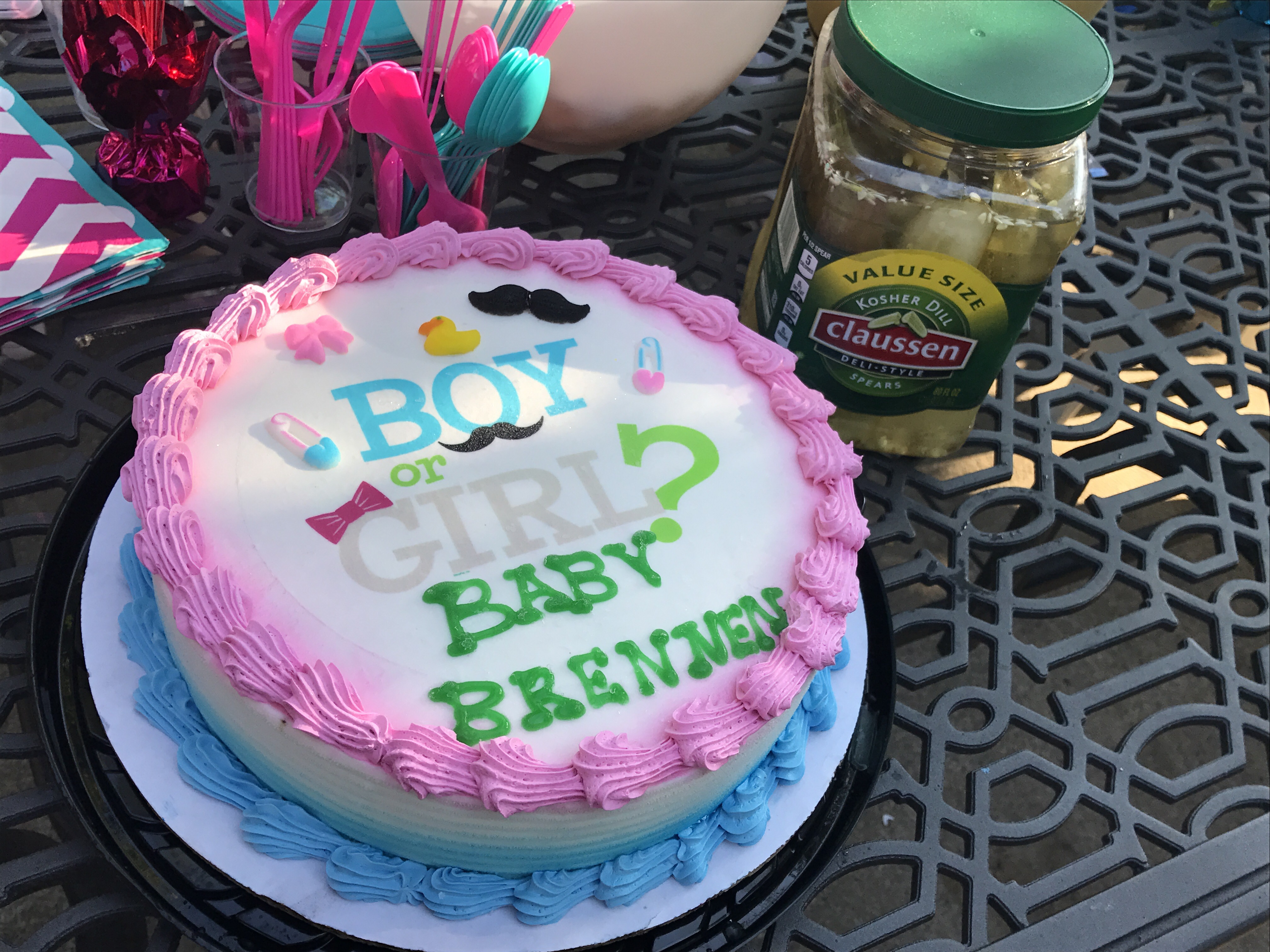 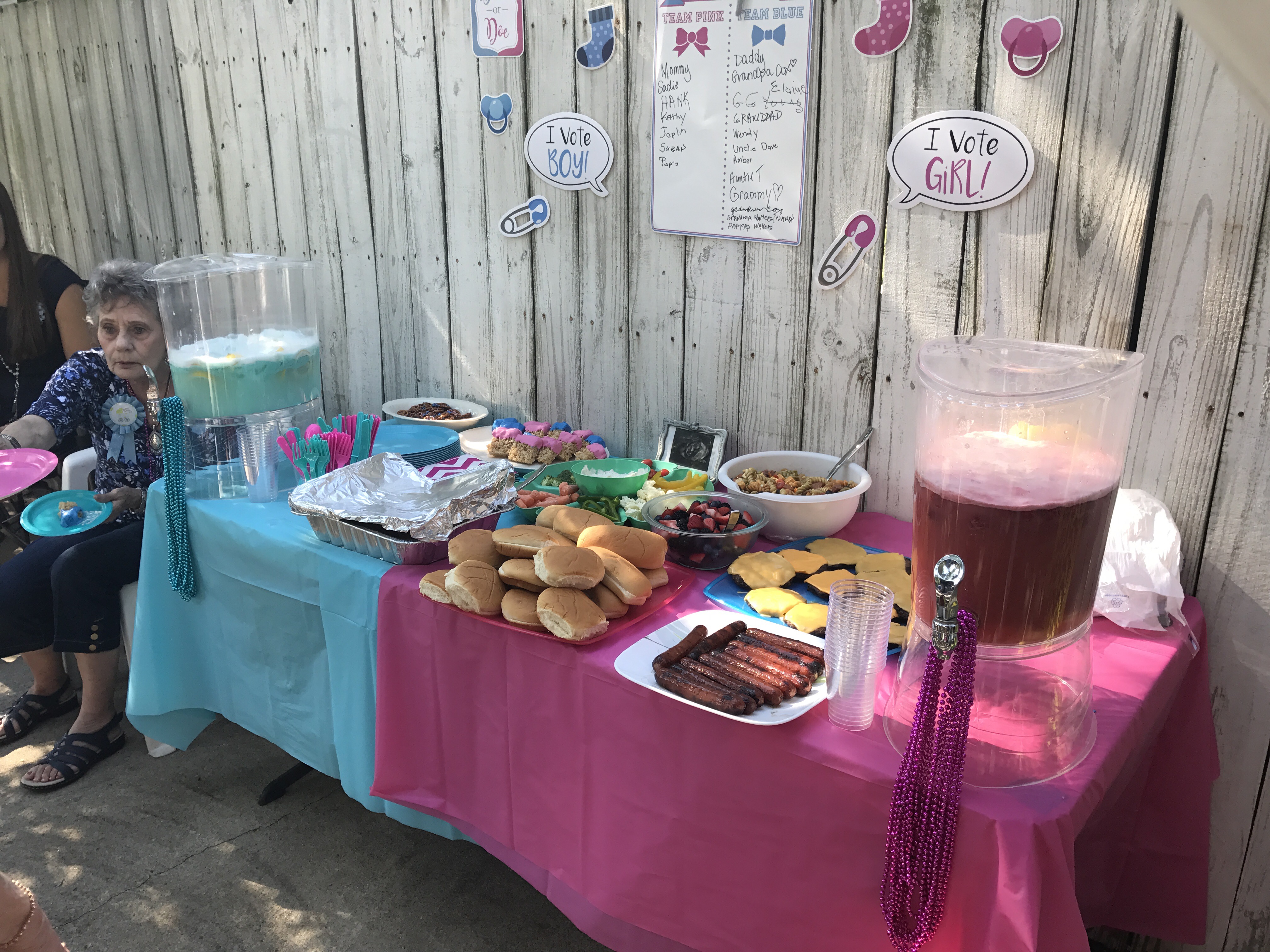 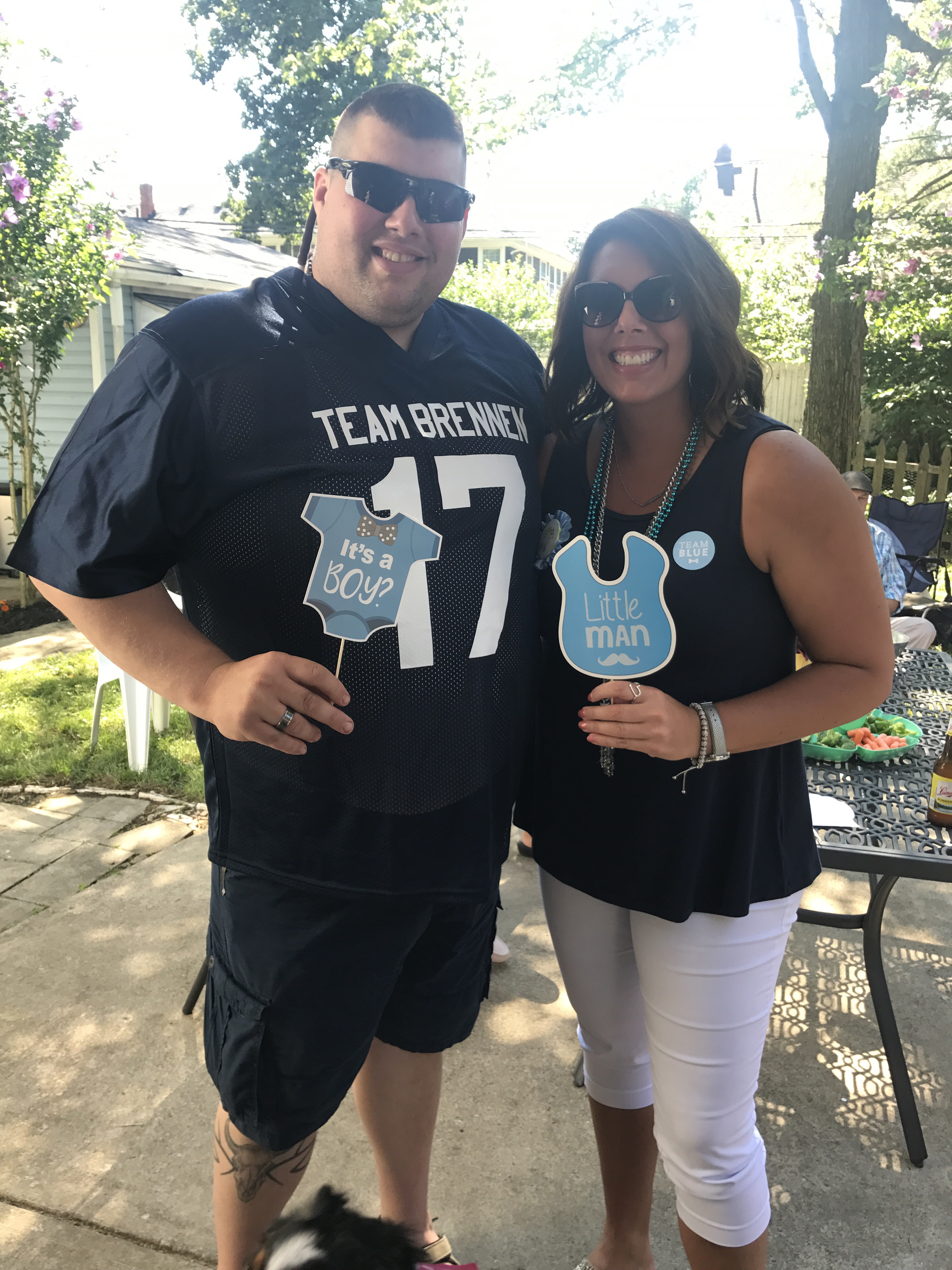 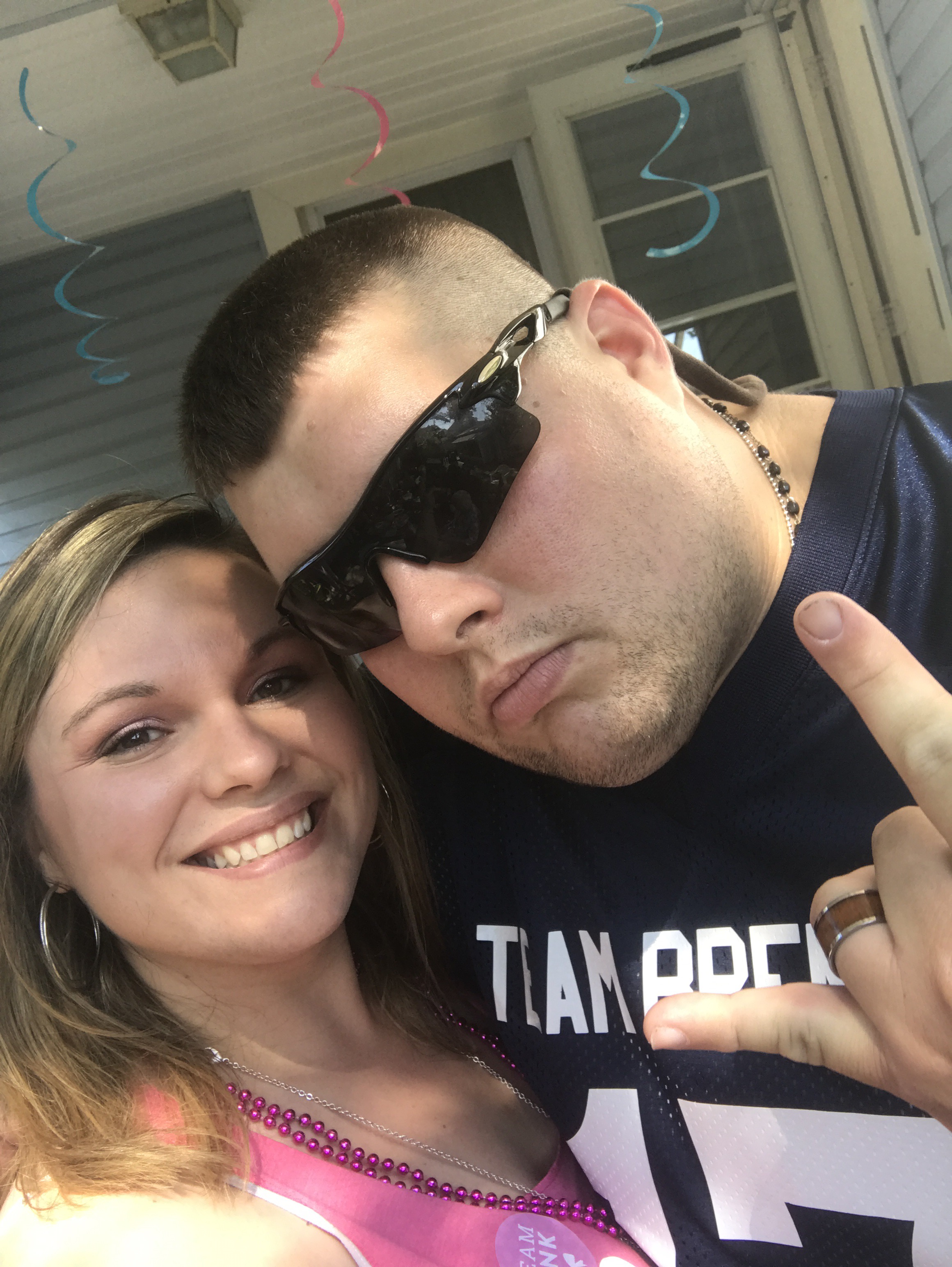 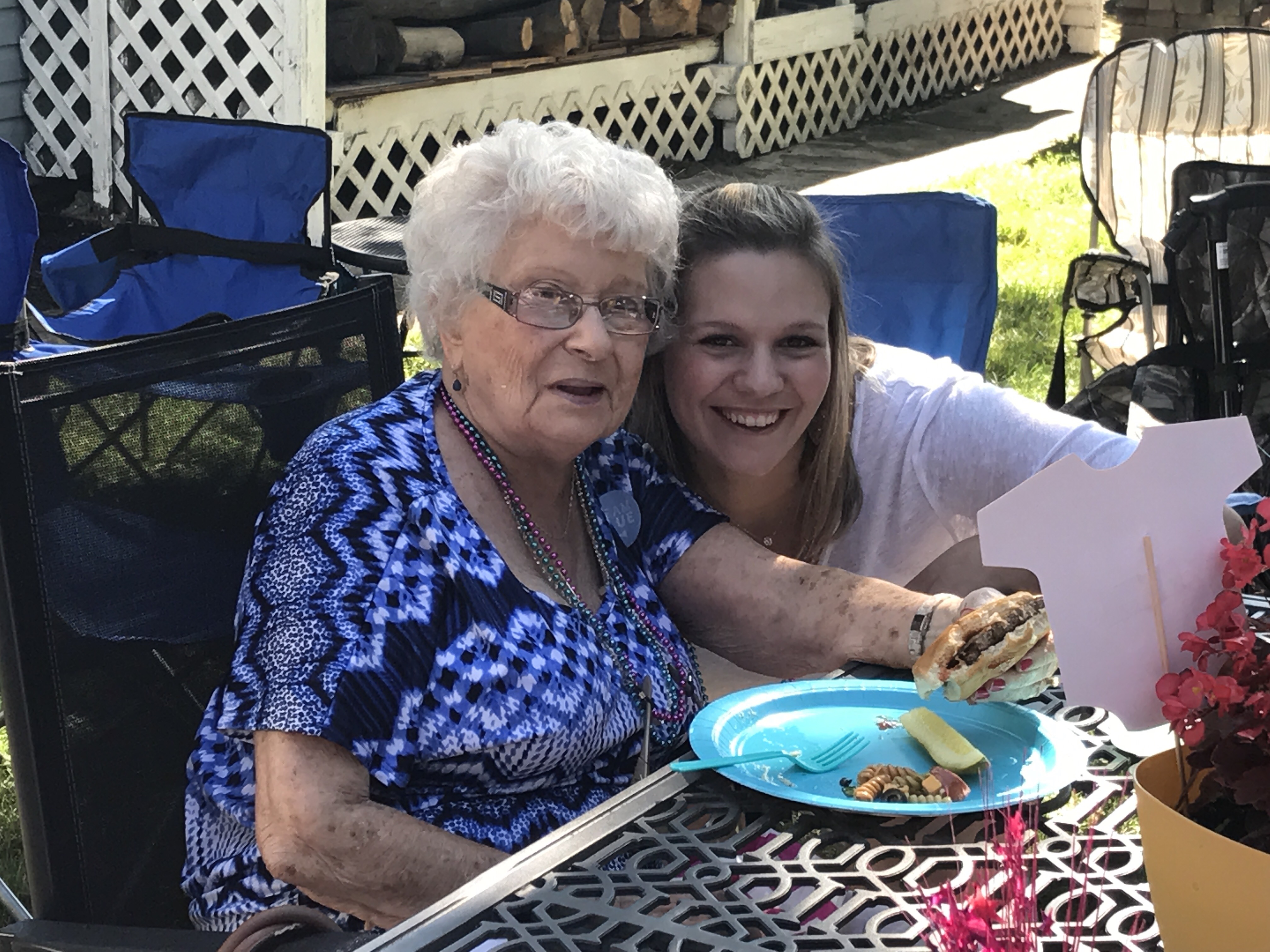 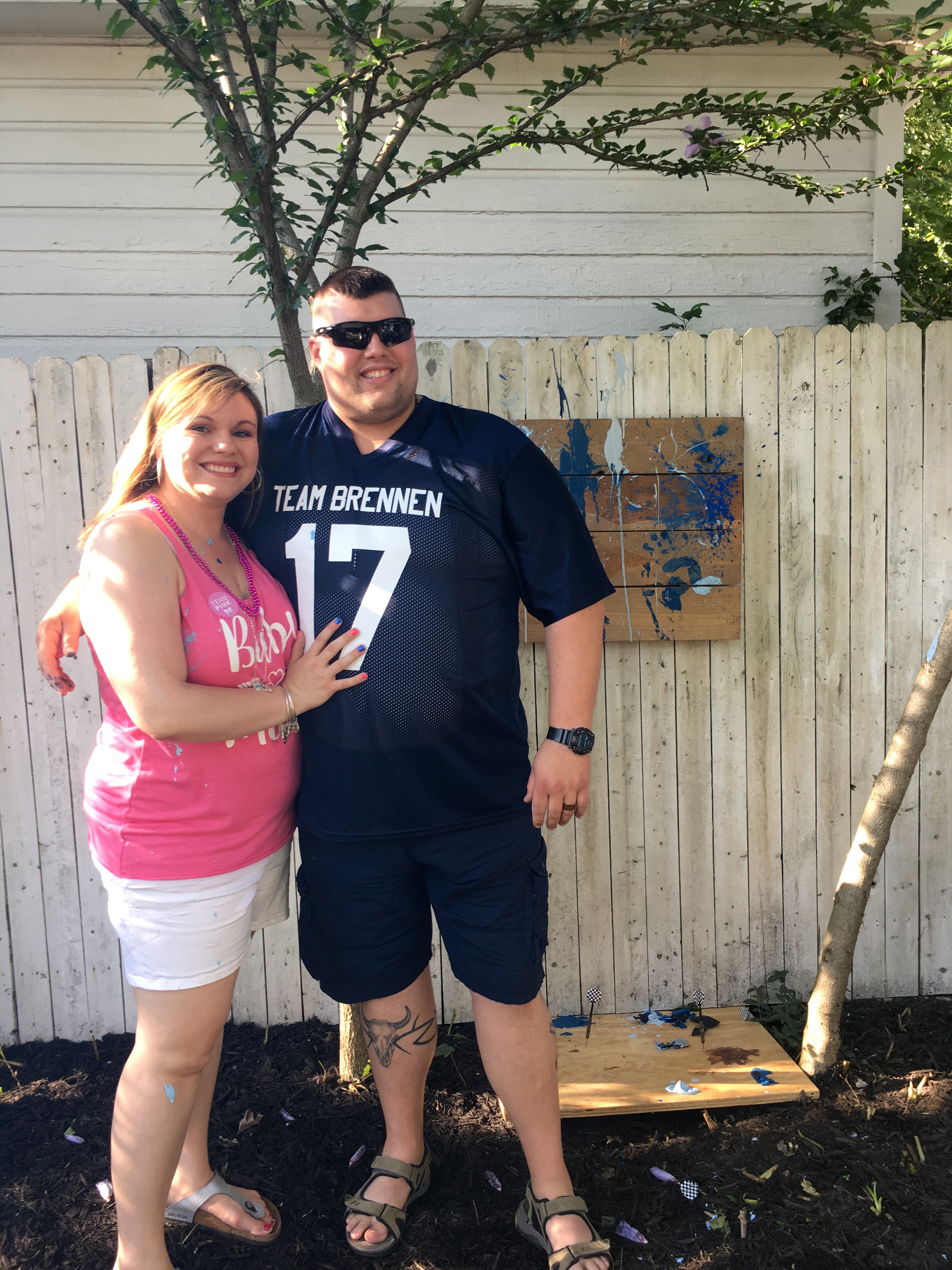 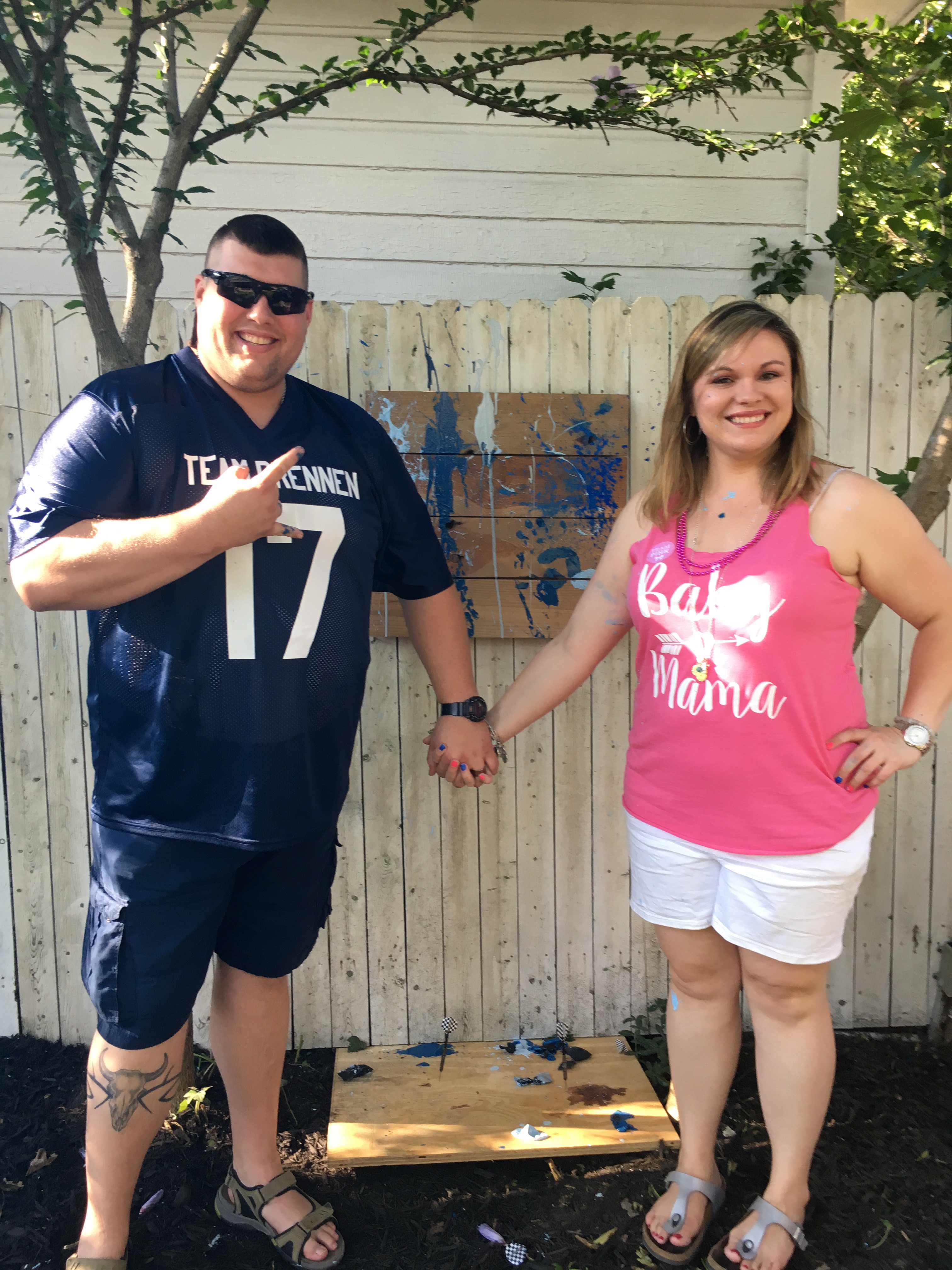 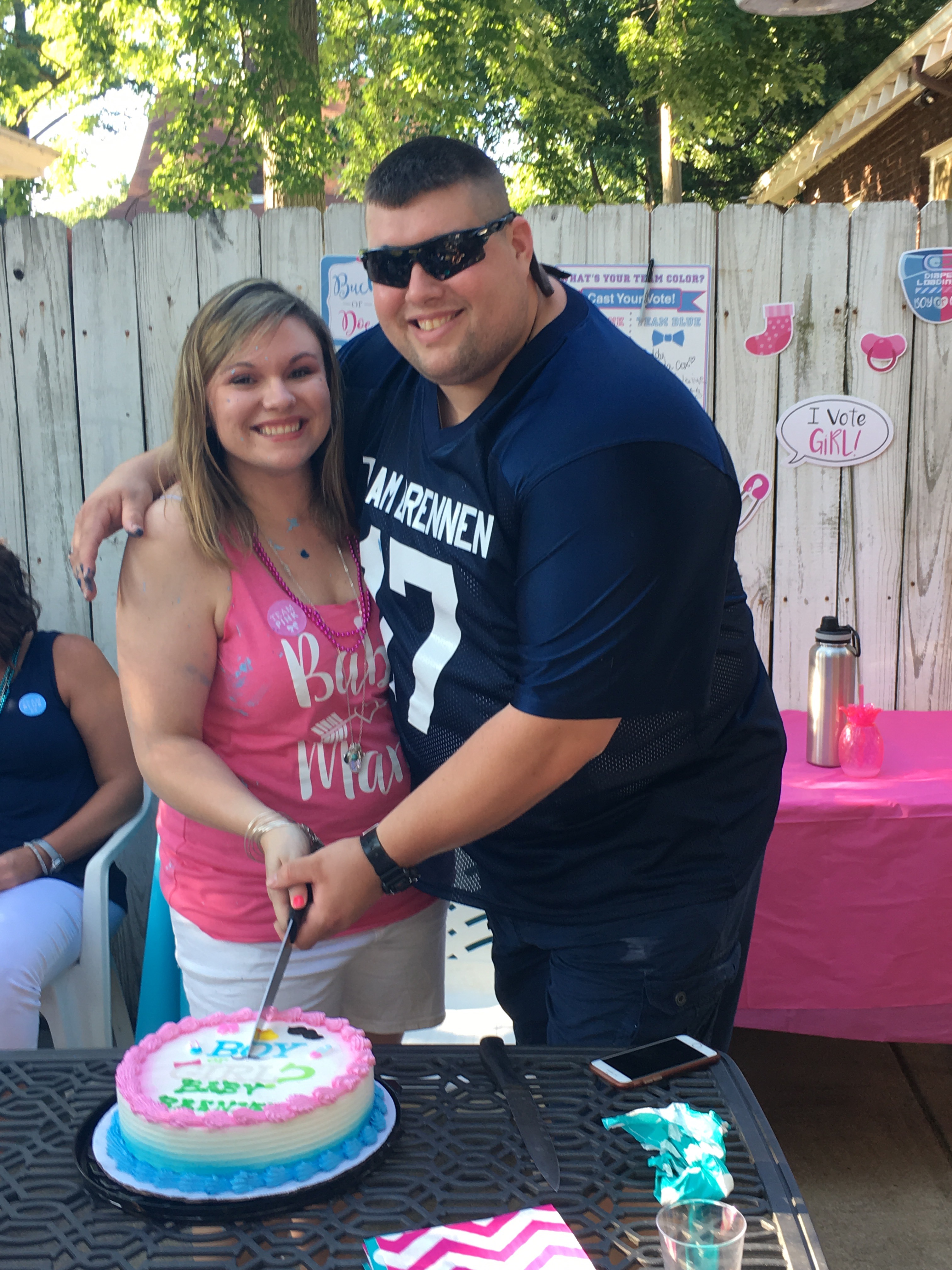 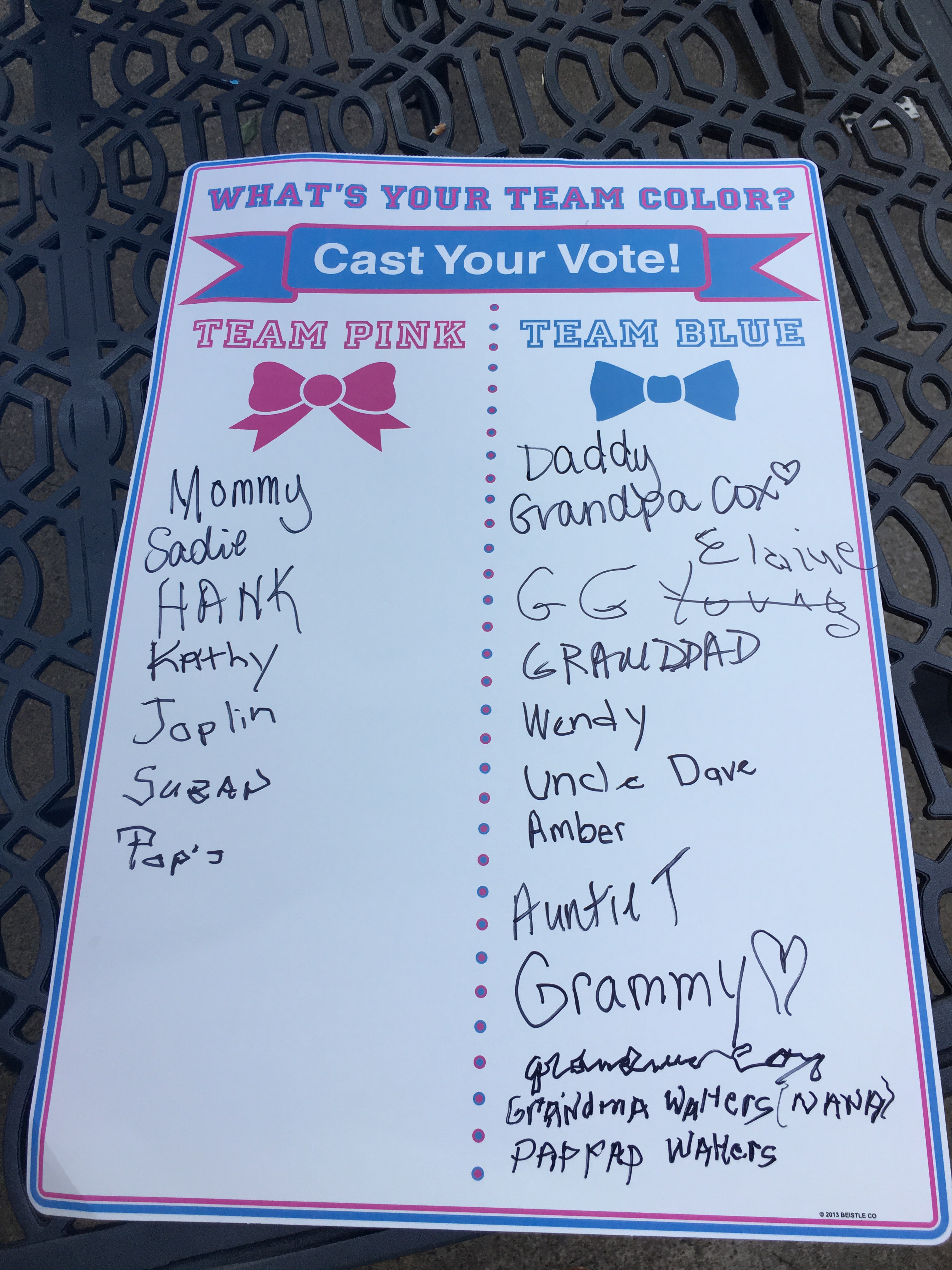 The only (and major) downside of the day was that my dad wasn’t feeling well enough to come. We were very, very sad but put on our pleasant faces and arranged to take the party – and Grandmas – to his house later in the evening. Dad has been guessing BOY all along but changed his vote at the last minute (must have been scarred from having two girls himself!) and was – I think!! – pleasantly surprised to learn that we are getting a Eugene, not a Eugenie! Side note: we are not revealing the name until our little guy joins us in December…the only thing we are saying is that he will have two middle names – one to honor each side of our family.

Speaking of the reveal, see below for the full (5 minute) video! You can see our lack of skills work darts (our initial plan was to have Shane, the firearms instructor, shoot the balloons, but we thought better of it and decided we didn’t want to get a citation for discharging a firearm in Cleveland Heights!) and lots of love!