This week wrapped up summer and started another school year.

At the end of Week 23, we (Eugene and I) had our first shopping trip with Grammy Ronda. Shane and I went with her to Buy Buy Baby to show her all of the stuff we’ve picked out – and got some Grammy wisdom about some items we weren’t sure about. Along the way we discovered that she is an expert at folding up pack and plays – mommy and daddy got a lesson in the aisle! We have pretty much finalized everything on the registries except a rocker/recliner that will work for Shane and Eugene. Life is complicated when you’re married to a former offensive lineman 😂. Anyway, we had a fabulous day out and Mommy and baby got some goodies! EDIT: Shane says he doesn’t read our posts – RUDE! So now I’m going to start planting little nuggets in here – if he sees them, he wins. If he doesn’t, I win. Not sure of the prize but it’ll be quite the game! 🤦‍♀️

On my last night before school started again, we went to see the Indians take on the Red Sox for Grandpa Hank’s birthday. We had a great night out – again, thanks to Vet Tix – even with a rain delay. We opted to park closer than we did for the last concert which was great because the back and leg pain was real! The Indians didn’t plan to win that night, but it was still a special night for Baby Eugene’s first baseball game. 😊 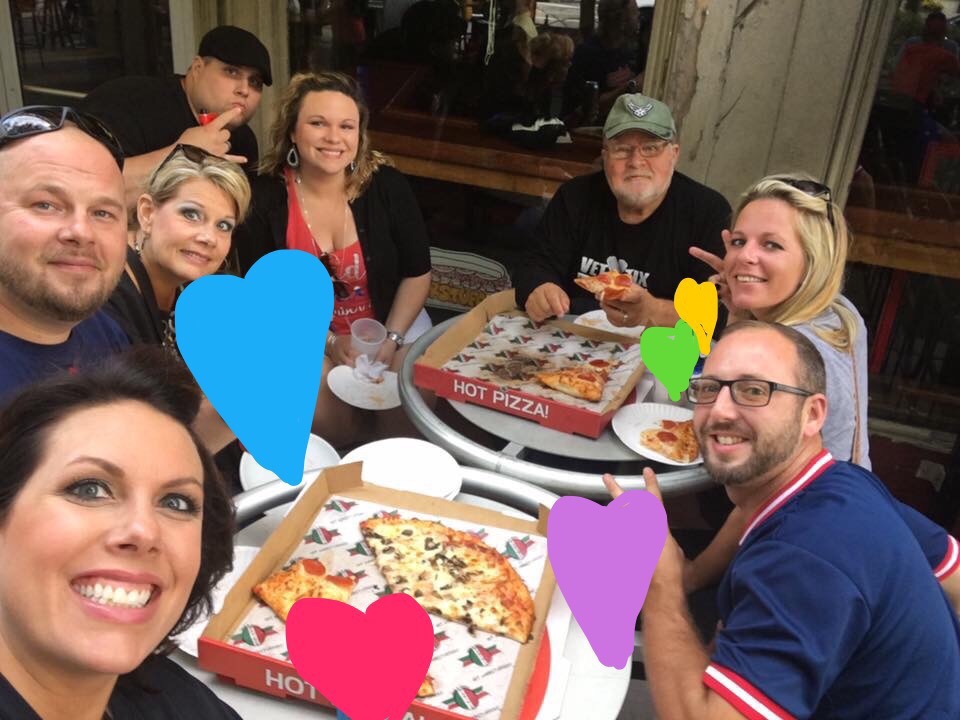 et
this week, he also decided to pop! If you’ve been following along, you know I’ve been wondering when that would happen – apparently he’s ready for back to school too since it seems to have happened this week! See evidence below: 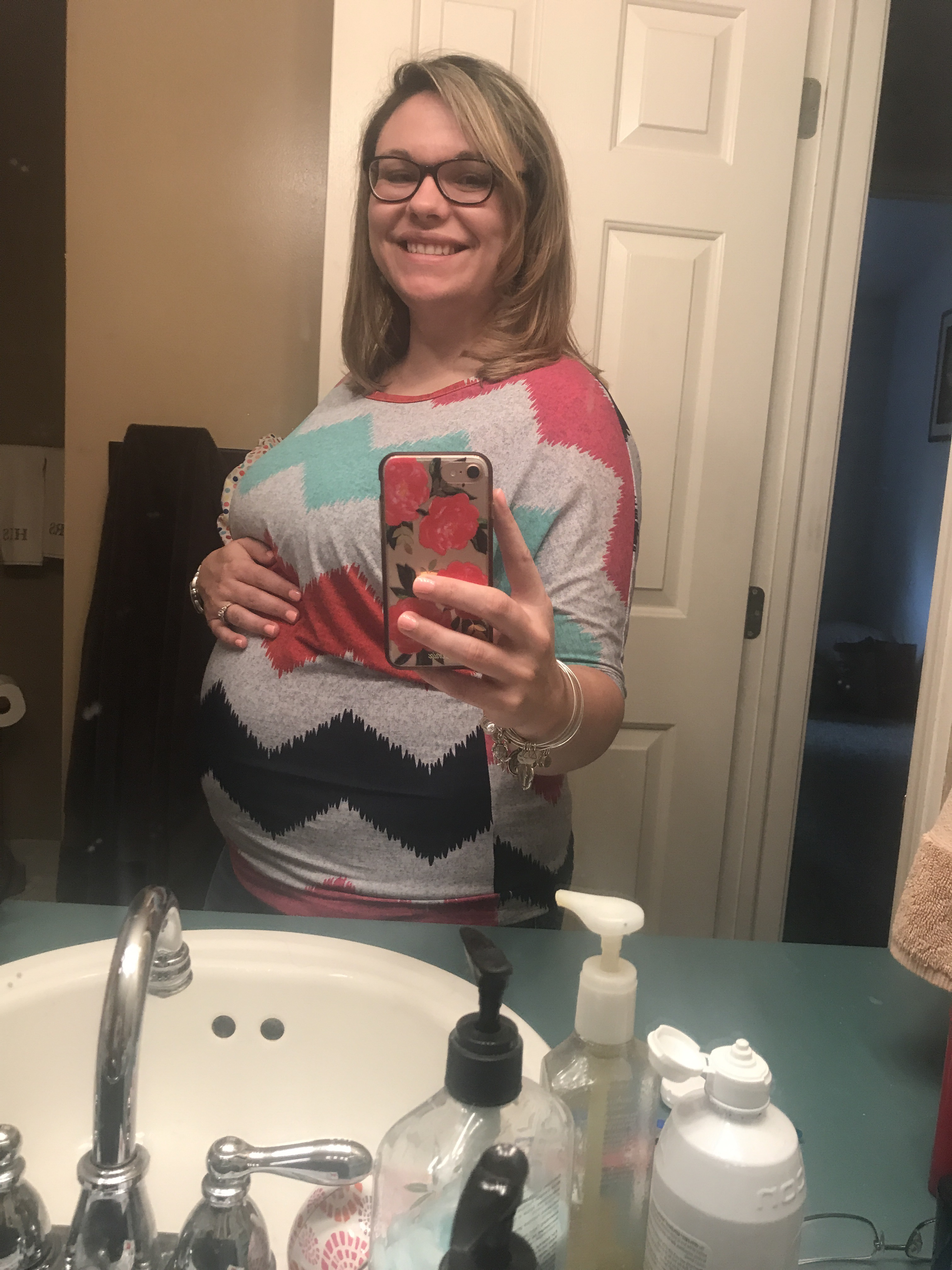 24w5d – Mama’s lookin a little rough, but Eugene is looking big and beautiful!

,
to work I went. Three days of sitting in very uncomfortable chairs in meetings wasn’t good to me, but it’s good to be back regardless. The kids come back on Monday and I’m a little concerned about potty breaks, but we’ll muddle (hopefully not *puddle*) through!Baby is the size of a cantaloupe – and my uterus is the size of a soccer ball – this week! 😳