Crazy to think that we’ve crossed over into the final “decade” of this pregnancy! 10 weeks to go (I feel like I was just only 10 weeks pregnant!).

Best news of the week: I passed my fasting glucose test! I also nearly passed out at Hobby Lobby after because I overestimated the power of the granola cups I ate after the screen was over. Oops! That was a rough day all together. Last week, the glucose drink wasn’t as bad, but this week on a completely empty stomach, it was rough, especially coupled with the inability to rinse the taste out of my mouth for three hours! I survived and I was well within the normal limits for every blood draw so I suppose, in the end, it was worth it!

We had another doctor’s appointment on Tuesday and everything is good, except that I gained five pounds…oops. We went to the grocery store right after and restocked with better for us foods…as opposed to our former diet of “whatever the pregnant lady wants”. Lots of fruits and veggies and not much sugar (besides the natural stuff…I’m not cutting that out!).

Otherwise, the most eventful “baby thing” we dealt with was some annoying Braxton Hicks contractions today. The first few times they happened, I just figured my belly would get tight periodically, no big deal. Still no big deal, but at least now I know what it is! Lil Eug has been moving a ton lately…the weirdest part is that I can feel him moving at opposite ends of my abdomen – so far I can’t tell body parts apart, just that I’ve got kicks and jabs and they both feel equally as strange! The second weirdest part is when he’s kicking while I’m teaching. Not sure if that means he likes the lesson or if he’s giving me criticism already. 🤷‍♀️

I also can’t reach my toes without some serious discomfort so I talked my hubby into a DIY pedicure to celebrate our 4th anniversary on Thursday. We have a home foot spa that we’ve used, oh, twice in about six years so we figured there was no time like the present and had a lovely time pretending we know how to give pedicures. Shane also had the task of painting my toes for the first time ever and thankfully nail polish comes off of skin super easily after a hot shower! 😂 It was super relaxing and super needed on these pregnant feet.

Tomorrow – Saturday – is Baby Shower Day! We’re having it at Blue Canyon so there’s pretty much no work involved on our end. After a handful of DIY showers – and weddings for that matter – it’ll be awesome to just show up and be fed!

Baby Eugene is the size of an acorn squash…or about 16.7” long and about 3.18lbs. He should start gaining about 1/2 a pound each week from here on out! 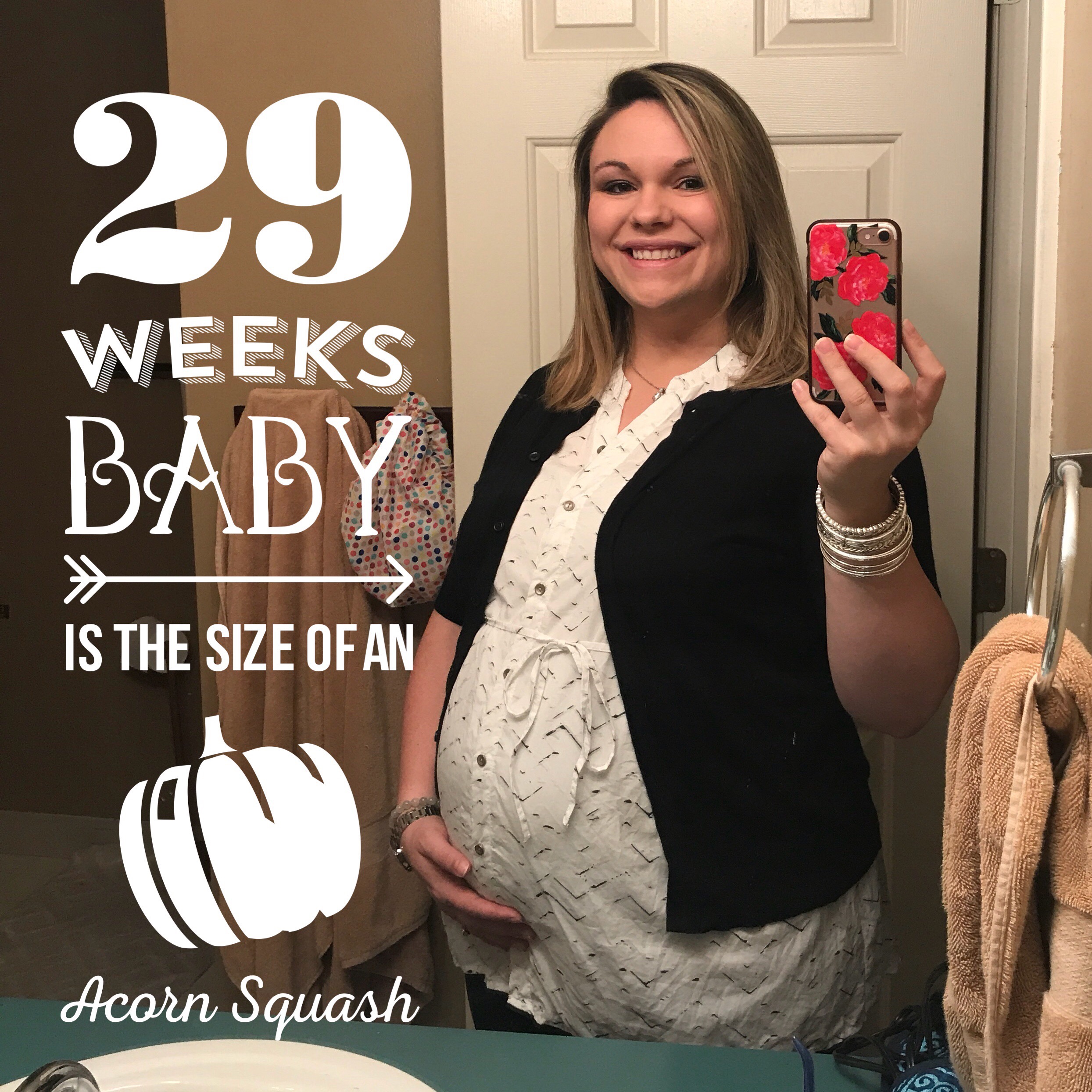