This week we celebrated six months of fun and sleepless nights and laughter and diapers and more love than I ever could have imagined. Happy Half Birthday to my little man!

Teeth!: On May 25, we had some serious excitement: Daddy lost a tooth (had a wisdom tooth pulled) and Liam got a tooth! Actually, he got two…the two bottoms…aka, the two cutest ones imaginable! Poor boys were both pretty miserable in the days leading up to the giving and taking of teeth but once they were in and out, life was good! (for Liam anyway…not sure Daddy shared his sentiments!).

First Camping Trip: One of the highlights of my childhood is certainly our days of camping at Atwood Lake…in the mud, in leaky tents, in cars when the rain was too bad…and I promise…it was so much fun. Shane and I have been organizing a Memorial Day camping trip each year for the past few years and we were super excited to share that with Liam. There’s a great group camp site at Punderson State Park that we wake up early on Black Friday to reserve (that’s been the six month mark for the past three years…the timeframe for which you can reserve campsites in advance)…it’s partially under trees, partially open…and it’s huge. Lots of room for lots of tents. It did get pretty hot while we were there which aggravated his eczema so we made a makeshift pool to cool him off. ANYWAY, it was SO much fun to have Liam there with us for his first camping trip. 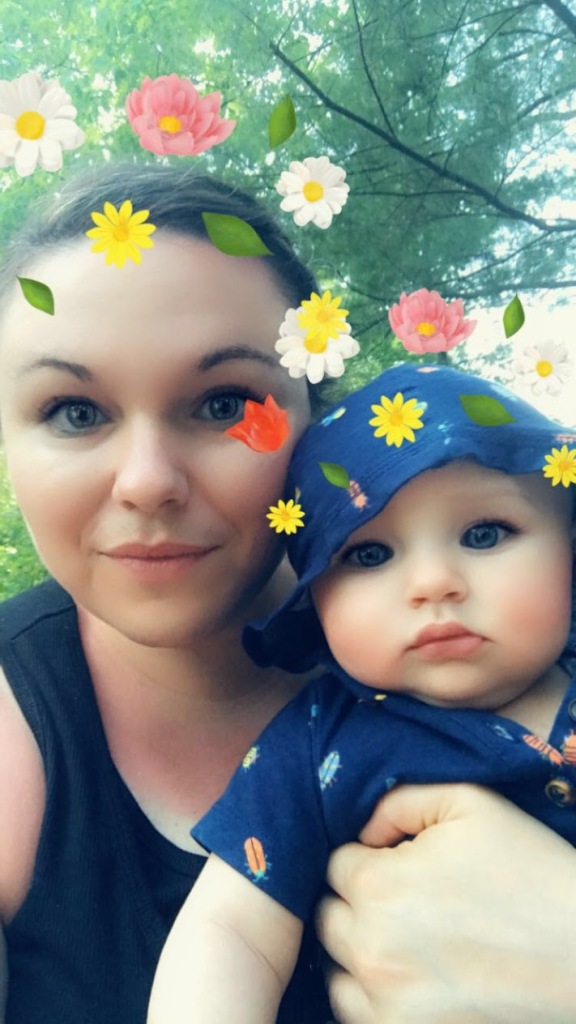 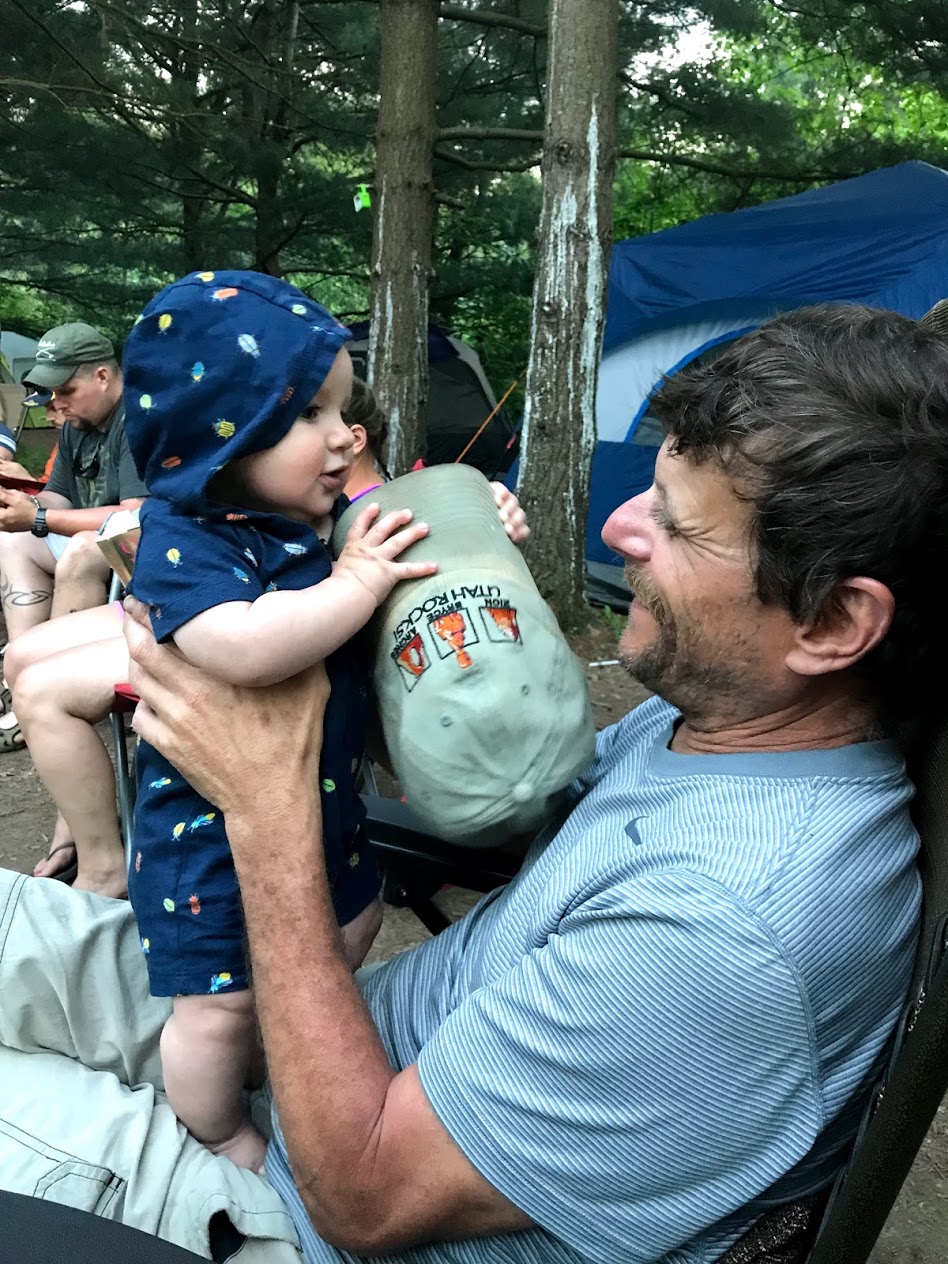 Rolling Around: He’s rolling everywhere! Once he figured out how to go front to back and back to front consistently…it quickly became his favorite mode of transportation!

Slowly Unswaddling: This was hard for me… Swaddling was difficult until we figured out that no, he isn’t an exception, yes, babies do like to be swaddled, and yes, he will sleep better being able to feel his boundaries. Once he was able to roll, obviously, we did have to undswaddle. To be honest, he hasn’t slept well since. We took him out slowly…one arm, then the other, then we took away the co-sleeper pillow. That was probably the worst part for everyone…we knew that was part of his security but it also couldn’t stay forever! In the transition, we tried a Zipadee Zip and traditional sleep sacks, but, spoiler alert: when your kid moves around as much as ours, sleep sacks, no matter how revolutionary, don’t work! So in the end, we just transitioned slowly to just pajamas and a consistent bedtime routine and…stay tuned. The kid just really likes to see us every three hours, I think.

Chatting Away: He certainly comes by this honestly, but the kid likes to chat. He likes the sound of his voice – has since birth – and likes to try out new things with it. Lately he’s just been chatting it up whenever he gets the chance! We love it! Maybe when he’s asking WHY on repeat I won’t like it as much, but for now, this is so much fun.

“Crawling” Backward: In addition to his rolling everywhere, he’s figured out how to crawl…backward. He gets so upset about it though…if he weren’t so upset, we’d laugh at him! …ok, who are we kidding, we 100% laugh at him while he cries and goes backward. We keep telling him CRAWL FORWARD AND YOU CAN BE HAPPY! 🙂 I’m sure he’ll figure it out soon – he is one determined baby!

Disposable Overnight: I mentioned that he seems to like to see us every few hours…one of the reasons we suspect that he’s waking up is that he is leaking through his diapers. We are still in love with the cloth but they just aren’t absorbent enough for my little man and his insanely large bladder. We decided to give disposables a try for night time…and they’re a complete winner. The first time we put him in one and he woke up “dry” with a crazy heavy diaper we knew we’d made the right choice. There are other, more absorbent options for cloth, but frankly, I don’t want to break the bank trying to figure it out. The kid pees a lot, ok?! 🙂

SOLIDS: We also started solids! We dove in with banana…he wasn’t super impressed…and avocado – a winner! We followed the WHO and our pediatrician’s advice and waited until this time to start solids which is fun because we can basically try anything. There’s lots of different old school advice about cereals, purees vs. baby-led…whatever, we had to do what works for us and for Liam! We also tried some homemade applesauce and he’s not very impressed with that either. Sugars tasted pretty bad to me when I was pregnant so it could be that he doesn’t like sweets, or it could be the texture of the banana and apples. Who knows??

#TeamSpanky with PanCan: Liam did his first walk for charity and had his first visit to the zoo all in the same day! What a lucky guy! We had a beautiful rainy morning with lots of love walking in honor and love and memory of Liam’s Grandpa John. It was a special time with lots of special people and I’m sure it’ll be a yearly tradition! 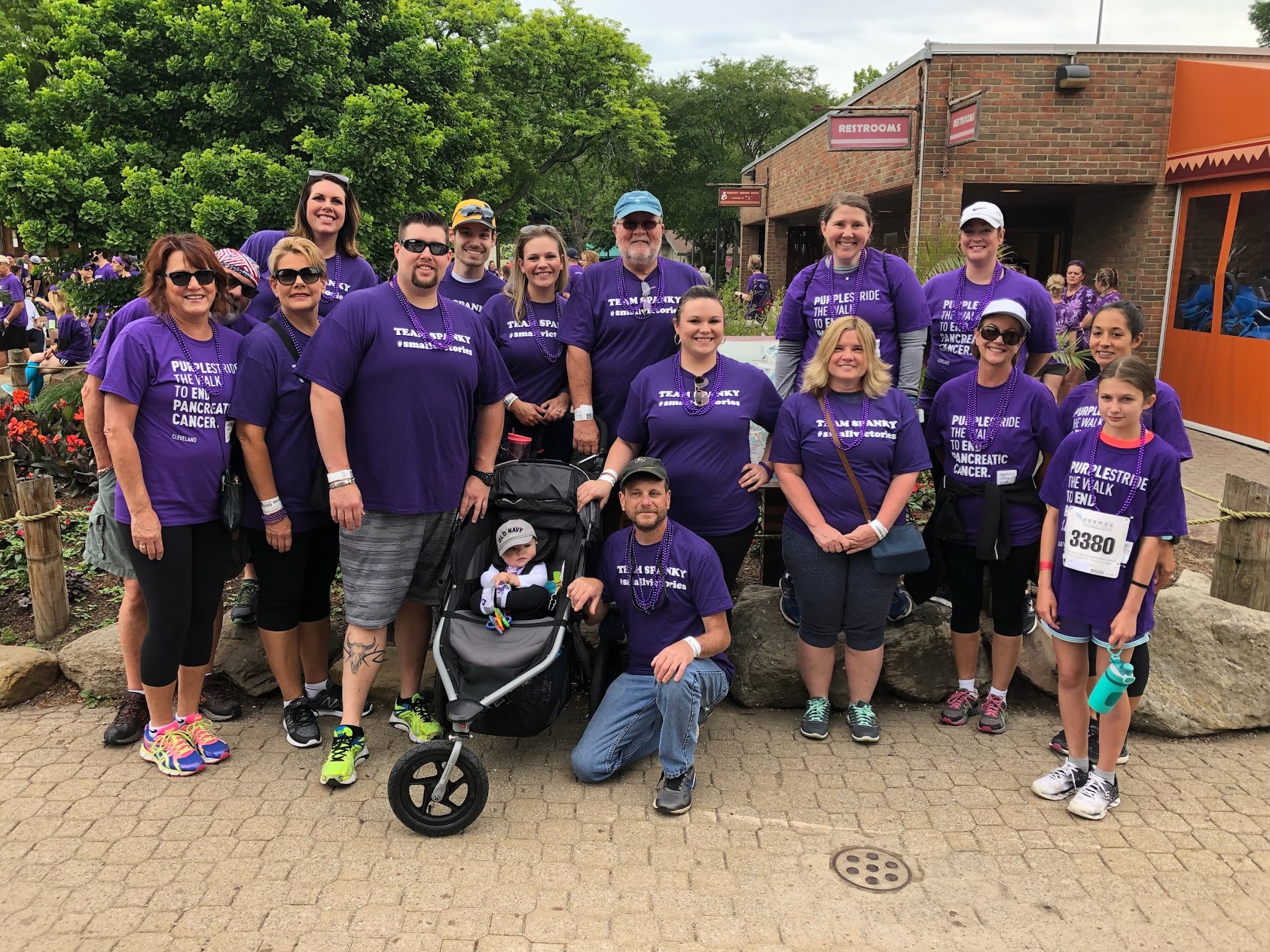 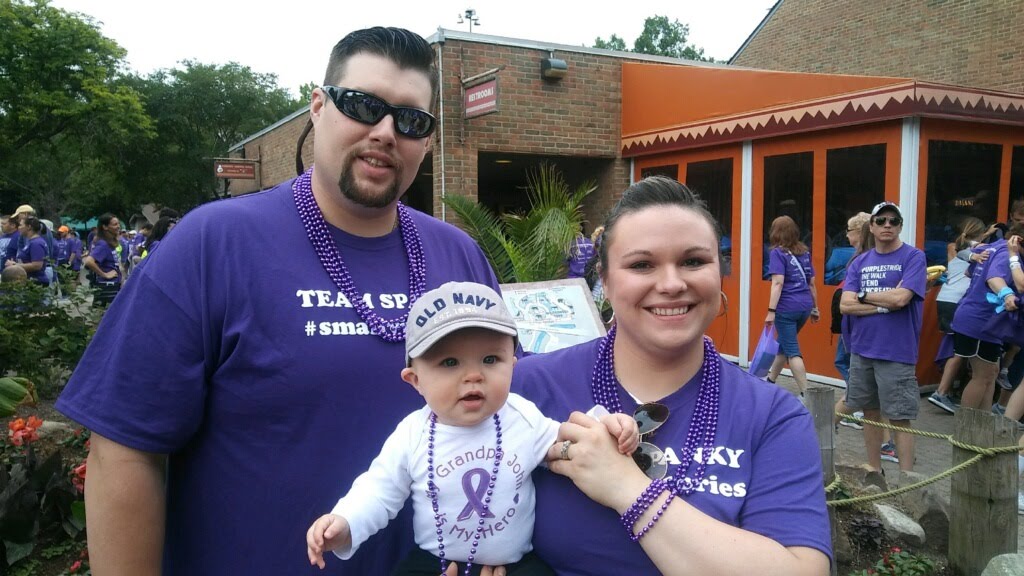 Anyway, that’s it for the six month mark! It’s so hard to believe it’s been half a year. We’re so