What a great day!

We started this morning at the Residenz, Munich’s royal palace. There’s lots of construction going on so we did miss a few things, but we also saw a lot. If you’ve been following our trip, you’ve seen a trend in who’s been featured at specific museums. Part of the reason that we really wanted to see the Residenz is that we wanted to follow King Ludwig II around some more! 🙂 Nine years ago when Emmy and I saw this palace last, it was so difficult to enjoy or appreciate anything because everything was in German with no translation. This time, everything is written twice and there was an English audio guide – much better!! This certainly isn’t my favorite palace, but it is definitely grand! The rooms were fancy, the halls were beautiful, and the royal chapel was exquisite. While we were visiting that room, the guard, who was also American, shared a tip with us for the English Garden. He suggested that, rather than visiting the Chinese Tower for lunch, that we walk further into the park to the Seehaus for a better experience. And so we did! 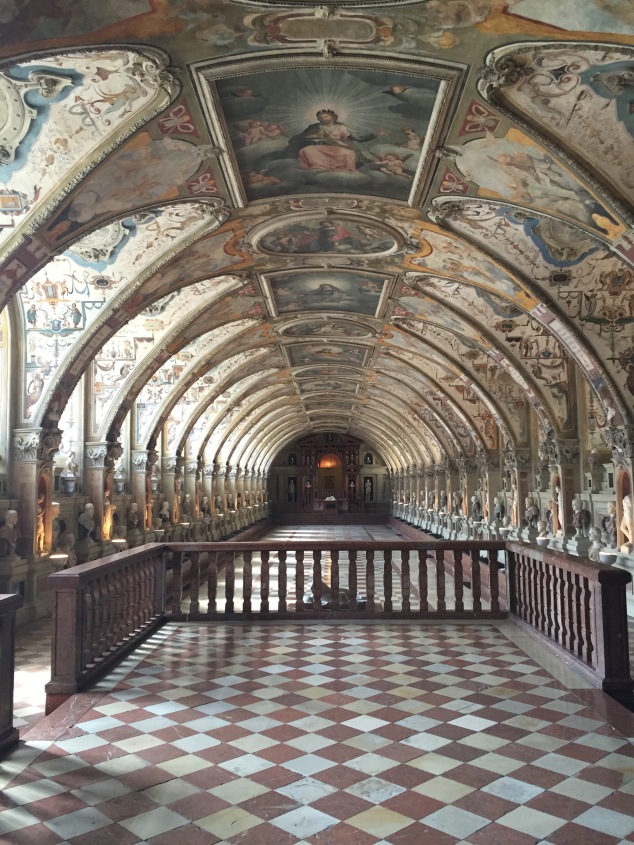 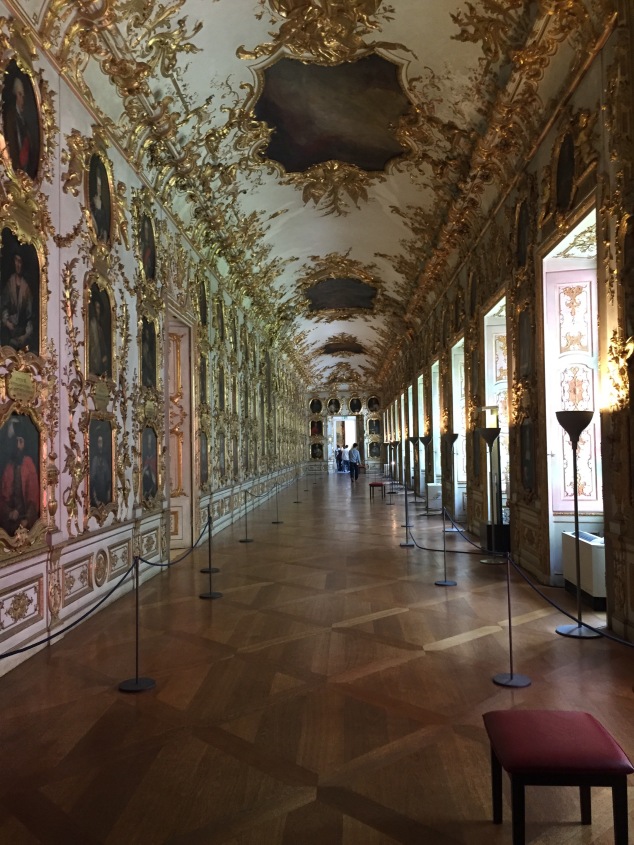 After we left the Residenz, we set off for the English Garden. First order of business: the surfers. We had been promising the boys for weeks that one of the highlights of Munich is watching locals surf the perpetual wave at the park entrance, so we had to be sure to deliver! Seeing super talented people surfing in the middle of a city park is definitely a unique experience. We stayed and watched from different angles for a while before we made our way deeper into the Garden. 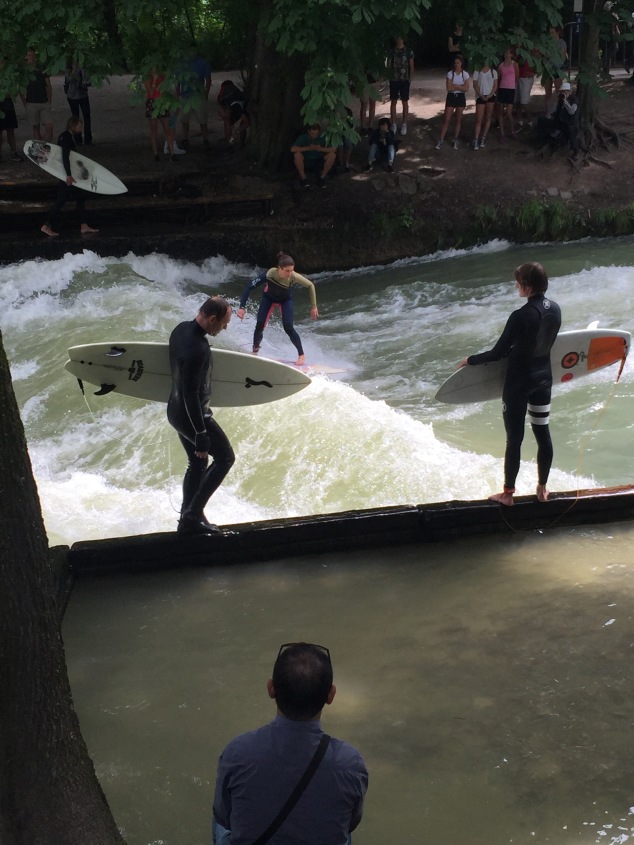 It’s such a beautiful space in the middle of a bustling city, like so many city parks are. Hyde Park, Phoenix Park, Grant Park, Central Park – all of these are such great examples of planned green spaces in the middle of cities that provide respite to residents and visitors alike – and I like to take advantage when I’m there. We spent a good chunk of the day exploring the English Garden as we made our way to the Seehaus for lunch. The “haus” itself is swanky and pricey but it’s biergarten is not at all. We had wurst, ribs, chicken, and potatoes and wow were they tasty! The view of the “see”/man made lake didn’t hurt either. 🙂 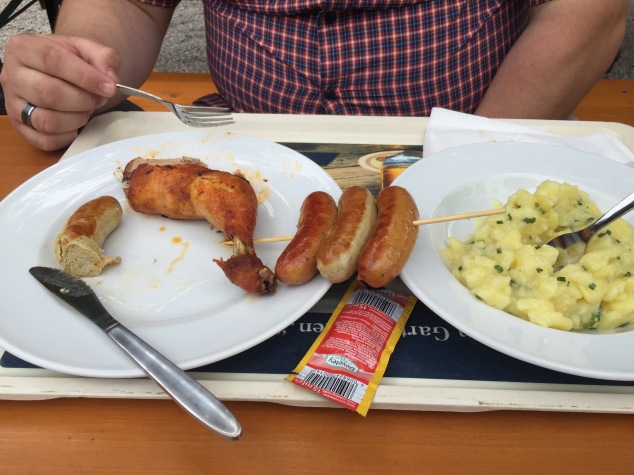 We continued our exploration of the park until we found a U-Bahn station to take us back to the center of town for a ride to the top of the Neuesrathaus. Wow what a view! It was amazing – we could see near and far and got a different perspective on our tour from yesterday. Very cool. 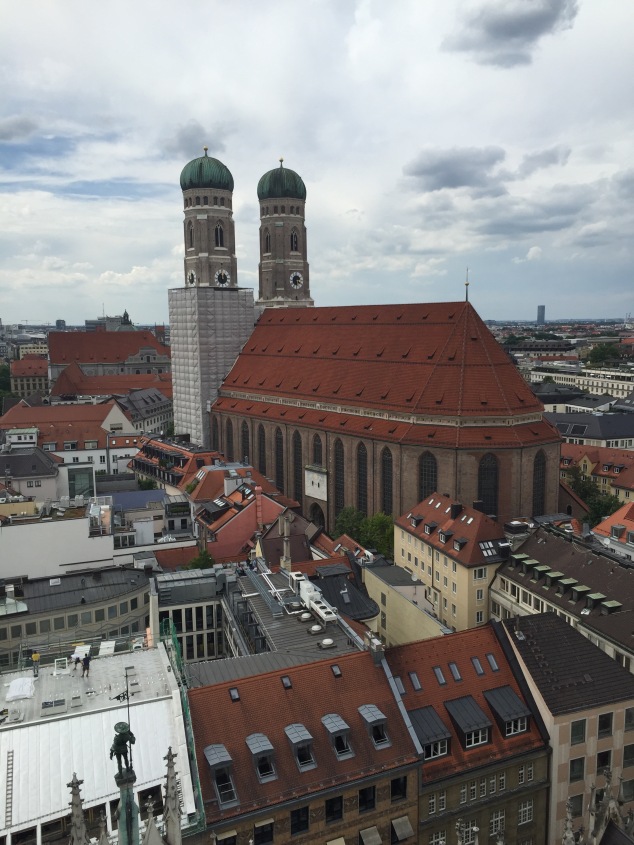 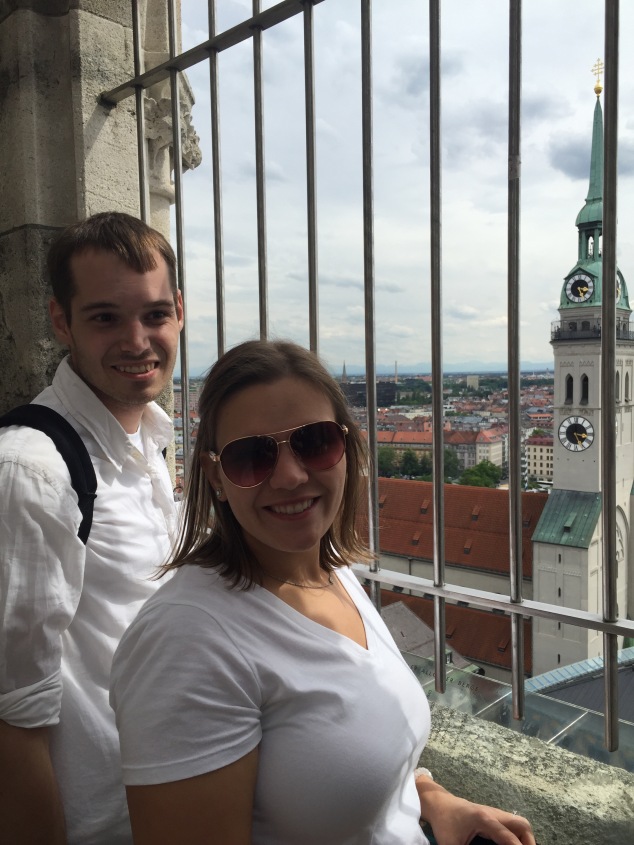 At this point it was 5:00pm, we needed a wee, and were running on fumes. It was time for some redirection so we headed to Galeria, a store on the Marienplatz and split up for some shopping and exploration. We all noticed the grocery store with the Italian restaurant of course! 🙂

After our foray into the shopping world, we found tables at a cafe in the pedestrian zone for some evening people watching. We played our favorite game, “American or Not” with hundreds of contestants as they made their way to and from the main square. We, of course, were the winners as we entertained ourselves for hours.

Next up it was dinner time and I just couldn’t do traditional German so we recalled the little Italian place in the basement of the department store and headed there. Wow oh wow. For me, this was the best meal of the trip so far. The chef stands in the middle of the restaurant and cooks your meal to order and holy pasta is it yummy! Shane and I split spinach ravioli and Emmy and Chris split spaghetti pomodoro – so good – so fresh!

We headed back out on the square for dessert and more watching as the sun went down. The apple strudel was incredible and the people were fascinating (we were the winners once again!) and the lights on the buildings were stunning. Seeing the city at night is yet another priceless perspective. We also took the opportunity for a stroll through millionaires’ row, pricing the goods and imagining a world where we could afford…any of it! 🙂 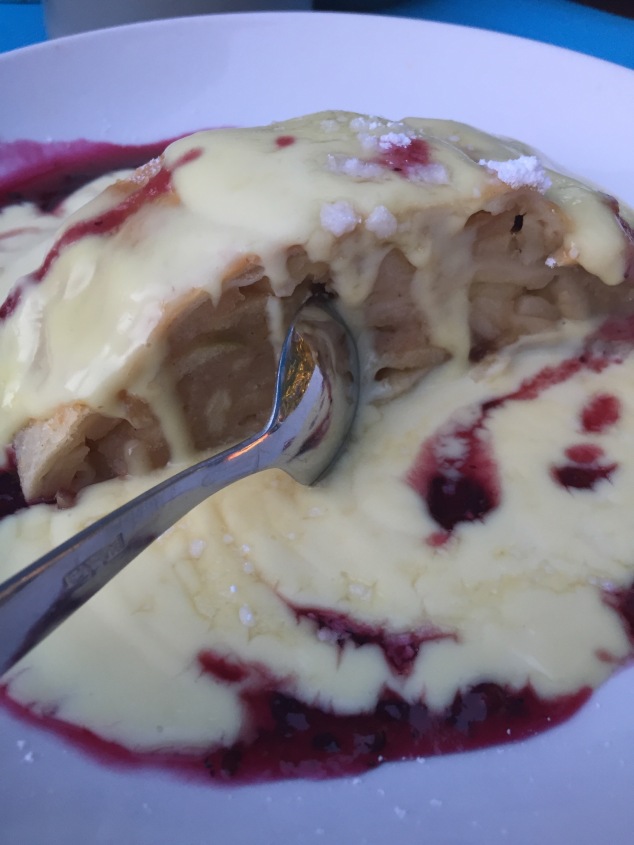 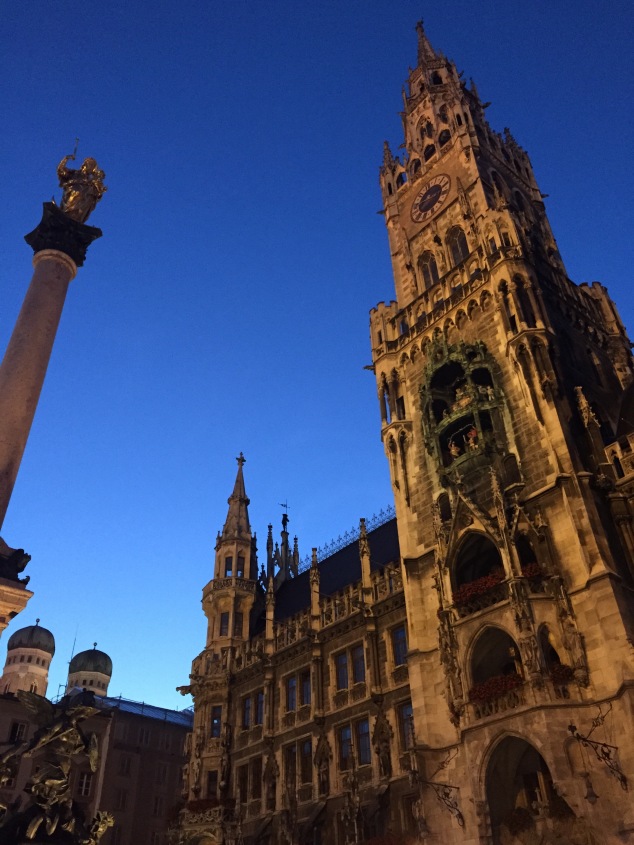 We bid adieu to the twinkling lights of Munich and sailed back to our apartment on the tram after what was truly a fabulous day. Can’t wait for more fun! 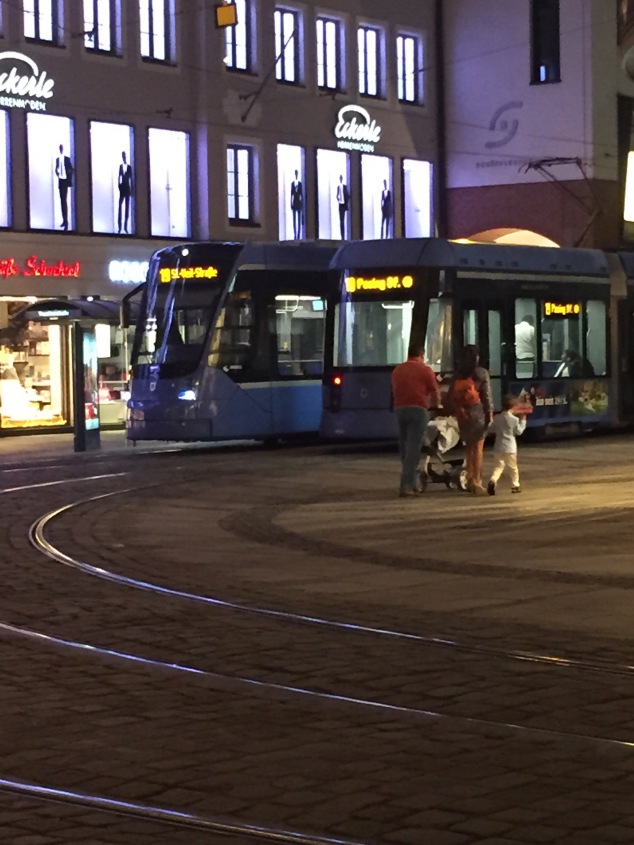 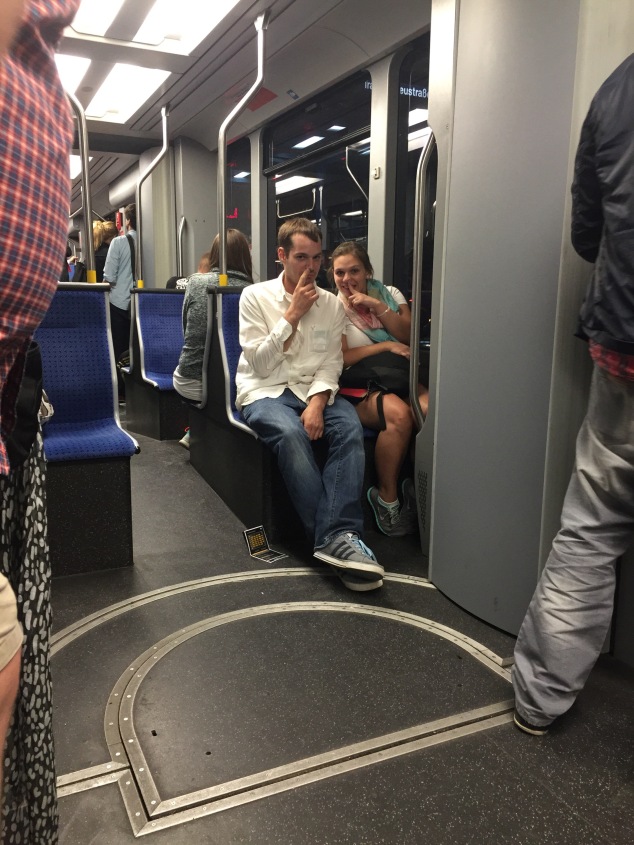